The Ecclesiastical History of the English People 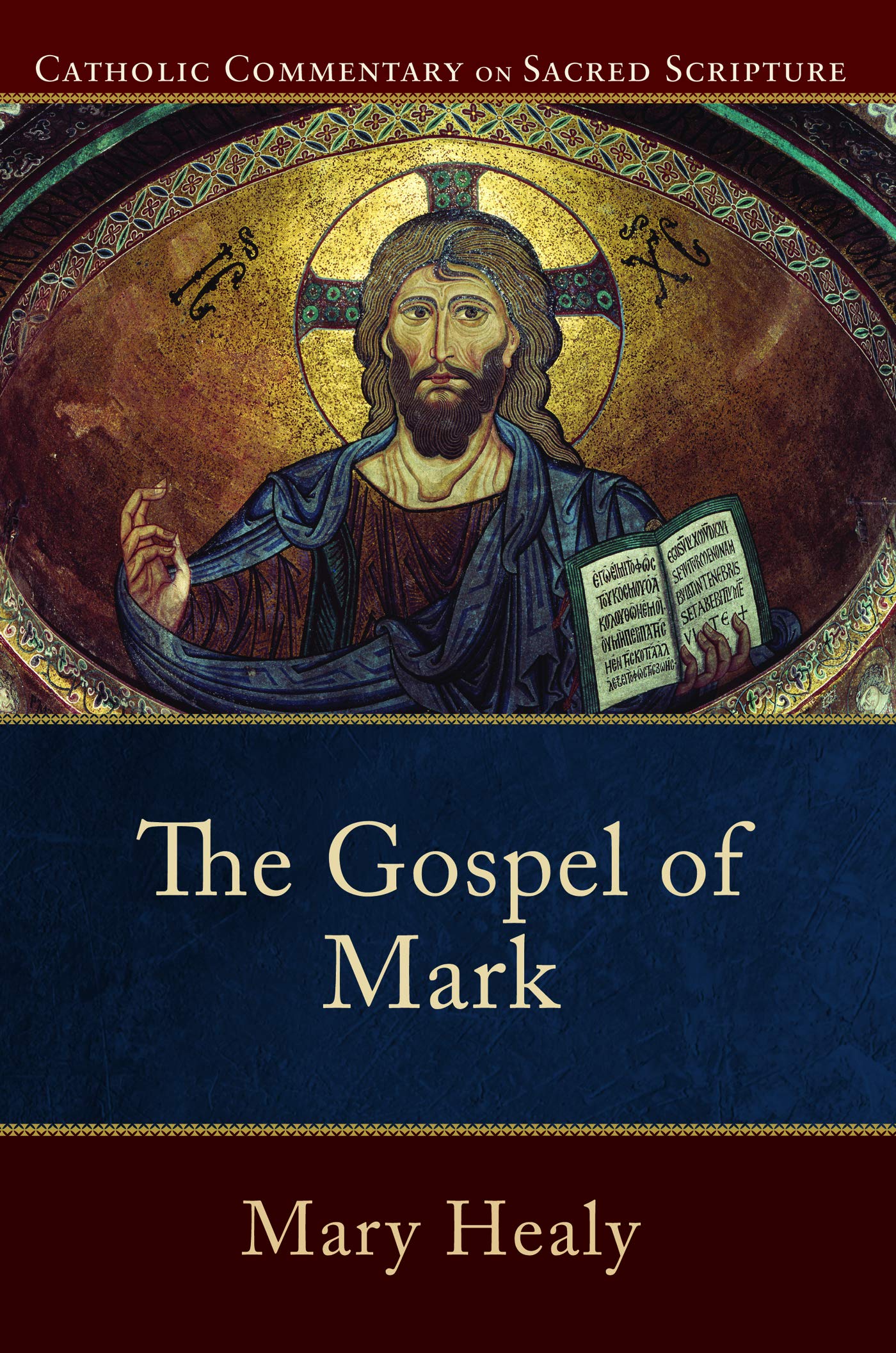 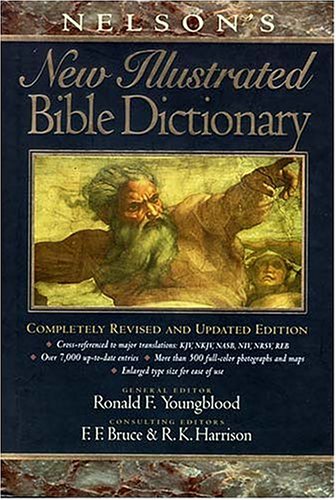 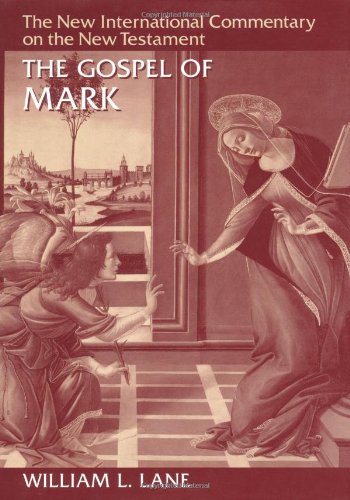 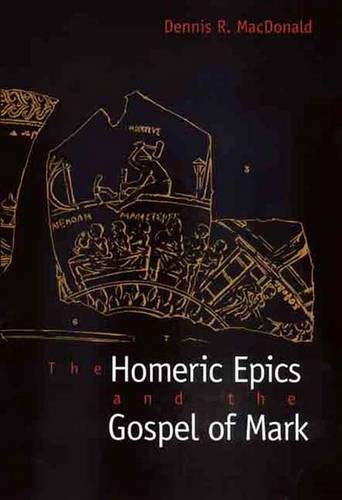 Homeric Epics and the Gospel of Mark 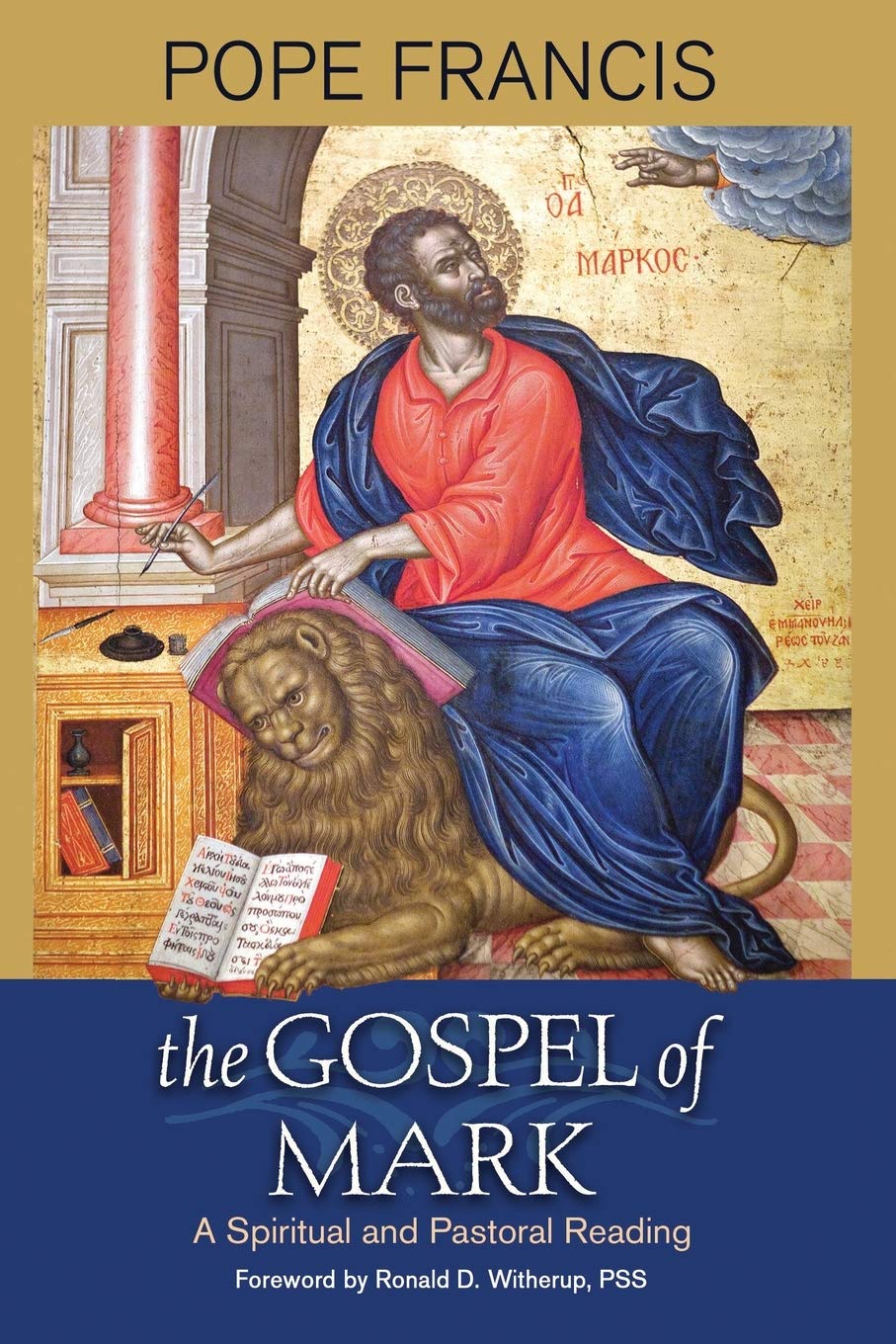 The Gospel of Mark: A Spiritual and Pastoral Reading 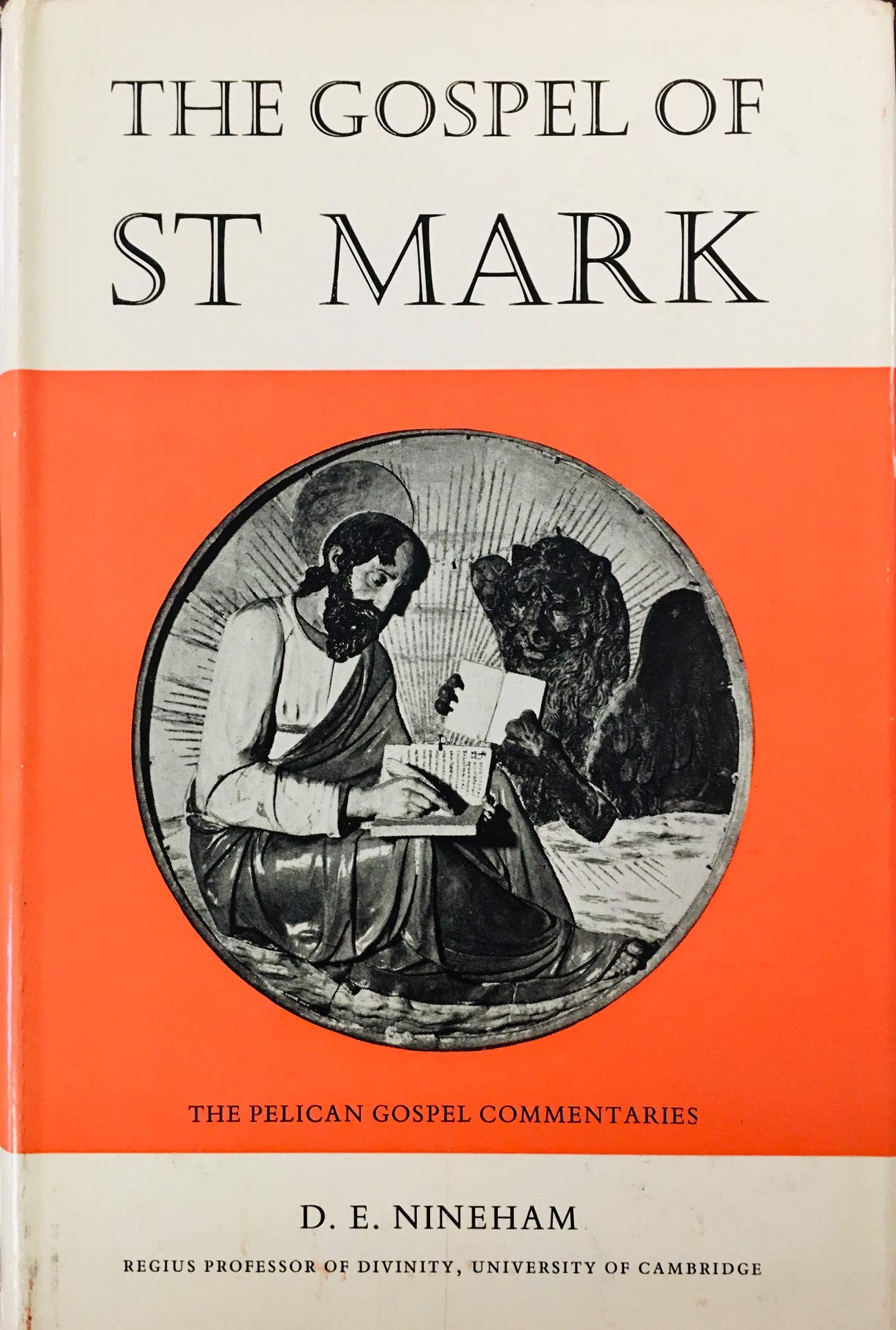 The Gospel of St. Mark

The Gospel of St. Mark

The Gospel of Mark, also known as the Gospel According to Mark or simply Mark, is the second book in the Christian New Testament and is one of the four Gospels.

The Gospel of Mark is 16 chapters long, making it the shortest of the gospels. It is also considered by most scholars to be the oldest gospel, written between 60 and 80 CE, and to have been used as a source by Matthew and Luke.

Its traditional author is a man named John Mark, a companion of Simon Peter, but most modern scholars see little evidence for this. Mark's Gospel was traditionally written from Rome to Romans, but more broadly it is written to Gentiles.

Mark's central themes are the death of Jesus, discipleship, Jesus as teacher, Jesus as the Son of God, and the "messianic secret." The purpose of the gospel is to present Jesus Christ to Gentiles and to encourage believers to endure and persevere in the face of persecution and perhaps even martyrdom.

Author of the Gospel of Mark

Although the Gospel of Mark was circulated under the Greek name kata markon ("According to Mark") at a relatively early date, the author is not actually identified in the text. The first sentence of the gospel (Mark 1:1) may originally have been intended as its title: "The beginning of the gospel about Jesus Christ."

Early Christian authors, including Papias, Irenaeus, the author of the Muratorian Canon, Clement of Alexandria, Tertullian, Origen, and Jerome, were unanimous in attributing this gospel to a "Mark" who was a close associate of the Apostle Peter. It is generally thought that this Mark is the same person as the John Mark mentioned in Acts (12:12, 12:25, 13:5, 13:13, 15:36).

The primary external evidence for Mark's authorship and his association with Peter comes in the church historian Eusebius, who quotes Papias (c. 60-130 CE), a bishop of Hierapolis in Asia Minor, as writing:

Mark, having become the interpreter of Peter, wrote down accurately whatsoever he remembered. It was not, however, in exact order that he related the sayings or deeds of Christ. For he neither heard the Lord nor accompanied Him. But afterwards, as I said, he accompanied Peter, who accommodated his instructions to the necessities [of his hearers], but with no intention of giving a regular narrative of the Lord's sayings. Wherefore Mark made no mistake in thus writing some things as he remembered them. For of one thing he took especial care, not to omit anything he had heard, and not to put anything fictitious into the statements.[#1930]

In addition, Justin Martyr quotes a passage from the book of Mark that he attributes to "the memoirs of Peter,"1931 and in Acts 10:34-40, Peter's speech reflects the Gospel of Mark in "beginning in Galilee after the baptism that John preached."

Although Mark's gospel has been associated with the Apostle Peter since early Christianity, there does not seem to have been any tendency to call the work the "Gospel According to Peter." (The same is true for Luke's connection with the Apostle Paul.) This may increase the likelihood that Mark was actually the author, since:

it is unlikely that the early church would have assigned a gospel to a minor figure like John Mark unless he were in fact its author, since the books of the New Testament normally required authorship by an apostle to qualify for acceptance in the canon.1932

However, most modern scholars note a lack of first-century evidence, including any in the Gospel itself, to support the tradition the author was the companion of Peter. They thus conclude that the author of the Gospel of Mark is unknown.1951 1952 1954 1957

Based on the content and style of Mark, the author was probably "a highly educated Greek-speaking Christian who lived outside of Palestine."1952

In Christian art and symbolism, the authors of the Gospels are called the Four Evangelists and given symbols based on the four "living creatures" of Revelation 4. The author of this gospel is known as St. Mark the Evangelist and symbolized by a winged lion.

Date: When Was Mark Written?

Most scholars date the Gospel of Mark sometime between 60 AD and 80 CE, with the most likely date being around 70 CE.1948 1955 1959 It was probably the earliest of the four gospels and was used as a source by Matthew and Luke.1957

The oldest clear evidence regarding the date of Mark comes from Irenaeus of Lyons, who wrote in the second century:

after their death [Peter and Paul], Mark, the disciple and interpreter of Peter, transmitted to us in writing what was preached by Peter."1934

Peter probably died around 65 CE, so if Irenaeus is right, then Mark was written after this time.1925 If Irenaeus was not correct, it may not have been composed much earlier because oral tradition would have had to develop.1937

An additional consideration is that Mark 13 may reflect the Jewish War and the resulting destruction of the temple, which occurred in 70 CE. Many scholars conclude from this that Mark had to have been written after 70 CE:

there is a consensus about when he wrote: he probably composed his work in or about the year 70 CE, after the failure of the First Jewish Revolt and the destruction of the Jerusalem Temple at the hands of the Romans. That destruction shapes how Mark tells his story.1929

Of course, this argument would not be convincing to Christians who believe in the divine aspect of Jesus' teachings and the inspiration of the New Testament. For such believers, Jesus could have predicted an event that had not yet occurred, so Mark could be dated earlier than 70.

An alternative non-supernatural explanation is that Mark's apocalyptic events and emphasis on suffering refer to the persecutions under Nero from 64-67.1933 If one accepts the theory that Matthew and Luke used Mark as a source for their gospels, then the latest date Mark could have been written in about 80 CE, as the other gospels are generally dated to the last decades of the first century.

Place: Where Was Mark Written?

Mark is traditionally thought to have been written in Rome, for several reasons:

However, others have suggested a different provenance for Mark, such as Antioch in Syria1939 or Alexandria in Egypt.

Context and Audience of the Gospel of Mark

Since it often explains Jewish customs and translates Aramaic words, Mark's Gospel was probably written for a Gentile audience. More specifically, it is likely that it was intended for Rome and occasioned by Nero's persecutions of 64-67 CE. Suffering and radical discipleship are major themes in Mark's Gospel.1933

Characteristics of the Gospel of Mark

Mark is a short, succinct and fast-moving narrative, often using words like "immediately." Mark's narrative has 16 chapters and begins not with Jesus' birth, as in Matthew and Luke, but with Jesus' baptism as an adult.

As he was most likely the first gospel writer, "Mark is really the one that sets the stage for all the later Christian gospel writings."1926 So where did the author of Mark get the idea for the "gospel" genre? The gospels were written in Greek, so one probably answer is that the popular Greek biographical romance had an influence on the gospel writers.

However, it also has been suggested that Mark was primarily influenced by the narrative cycles in 1 and 2 Kings in the Old Testament: "It is a striking fact that almost everything Jesus is reported as doing in Mark has parallels in these cycles, which it is plain had a great influence on the writer. Indeed, the shadow of Elijah or Elisha falls on almost every page of the Gospel of Mark." {3}

The messianic secret is one of the most notable themes of the Gospel According to Mark. Mark's Jesus is a secretive and mysterious figure. He teaches his disciples in secret, he commands those he has healed not to tell anyone, he commands demons to be quiet when they begin to announce his identity, and his disciples seem to rarely understand what Jesus is talking about.

We can only speculate what led the author of the book of Mark to emphasize this theme, but one possibility is that he wished to correct current misunderstandings about Jesus, especially in light of the Jewish Revolt of 66-70 CE and the destruction of the Temple. "Why had it all happened? What had gone wrong? Why was Jerusalem destroyed? Mark tells the story in such a way to make sense out of that."1926

Another reason Mark may have emphasized the messianic secret is to demonstrate that the messiah must suffer and die, which was contrary to the expectations of the vast majority of Jesus' followers. In Mark, Jesus' disciples witness his miracles and listen to his wisdom and correctly identify him as the messiah, but they never expect him to be executed at a young age. So now that Jesus has died, Mark may be trying to show that this fact is not so incongruous as it seems.

Another major emphasis of Mark is the death of Jesus. Of course, all four gospel writers devote significant time to the last days of Jesus. In Mark, though, Jesus' death seems to be absolutely central to the entire gospel. Indeed, the gospel of Mark is really about the death of Jesus and the hope of his return when God brings an end to the present evil age.1929

Finally, it is interesting to note that Mark's gospel does not include the resurrection. It does include a sighting of the empty tomb, but ends on a rather disconcerting note. "Two women enter the tomb, and they see a young man dressed in white. He explains that Jesus has been raised, and he instructs the women to tell Peter and the other disciples. The women flee in terror."1929 In the earliest manuscripts, Mark's narrative ends there. The more upbeat ending that now appears in the New Testament was added by a later editor.

Style of the Gospel of Mark

"The most distinctive feature of Mark's vocabulary, syntax and style is its almost complete lack of distinction."1925 All but 79 of the words used in Mark are used elsewhere in the New Testament and the author's Greek is not impressive. However, there are some distinguishing characteristics in the author's style that may be of interest: