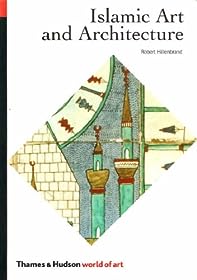 ADVERTISEMENT
Definition: minbar
Pulpits in mosques, having a small stand for the speaker, parapet, canopy, narrow stairs, and usually a gate at the foot of the stairs.

In Islam, a minbar is the pulpit from which the Friday sermon (khutbah) is delivered. In its simplest form, the minbar is a platform with three steps. It is located next to the mihrab.

Muhammad originally delivered his sermons while leaning against a palm-trunk pillar in the mosque at Medina or ascending a stone platform. Hadith (accounts of Muhammad's life and sayings) report that Muhammad later used a seat with two steps, fashioned from tamarisk wood by a Greek or Abyssinian carpenter, for receiving delegations in the mosque and preaching.

Muhammad's successors, the caliphs, used the prophet's minbar as a symbol of their authority. During the first century of Islam, provincial governors came to use the minbar primarily in their capacity as rulers, making speeches and hearing petitions from it.

When the khutbah lost its informative and political character and became a purely religious sermon during the reign of the 'Abbasid caliphs, the minbar also became a religious object. It became more permanent in nature, the number of steps increased, and it was commonly made of stone or brick. It was even covered with a cloth, the qatifah.